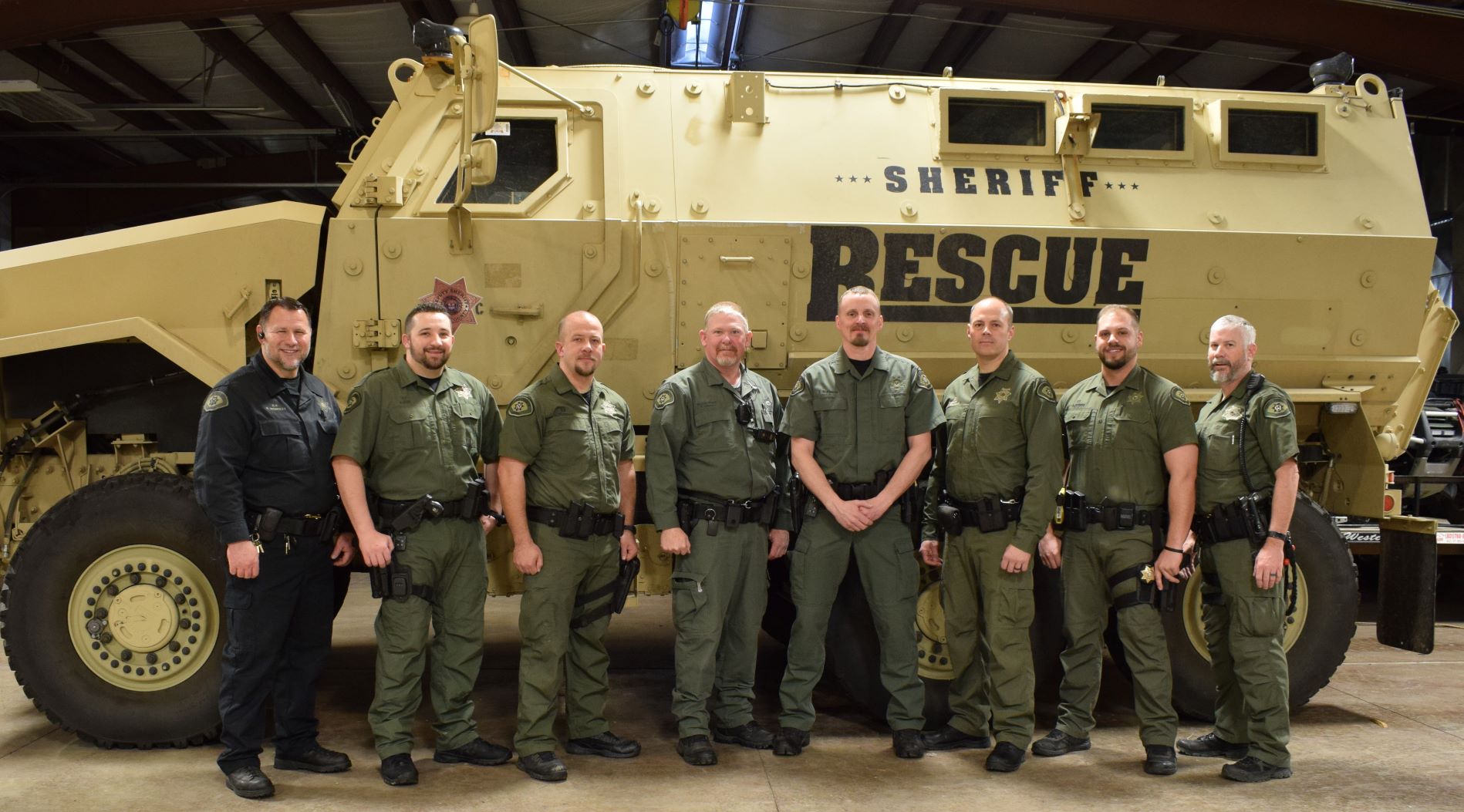 The Utah County Sheriff's Office K9 Team consists of a Sergeant and seven deputy handlers that provide canine support to Patrol, Investigations, Search and Rescue, and Corrections. The K9 Team has been in existence for well over 20 years. Our K9 team is a resource for all agencies and cities in Utah County, and surrounding areas. The deputies and their canine partners have coverage 24 hours a day, 7 days a week.

Why do we need dogs in police work? Simply put, they can do things that their human partners can't. By use of their keen senses, they are able to sense what people cannot. Due to their keen sense of smell, sight, agility and other abilities, they are a very valuable tool in police work. Dogs can be trained to find people, both those that are hiding from various law enforcement agencies to avoid being taken into custody, as well as those individuals that have become lost or are missing. Dogs can also be trained to detect various narcotics and explosives. By training with actual narcotics and chemicals used in explosives, the dogs are able to smell the very distinct odors given off from these items. Most of our dogs are also trained in “handler protection.” Unfortunately, many times a K9 Deputy, or “handler,” will be called on to help apprehend a violent person. These dogs are trained to find and apprehend the individual that has presented themselves as a threat to our community. They are also trained to help defend officers that are attacked by a violent person.

Meet the teamRead more about our incredible K9s

Donate TodayContribute to the K9 Program 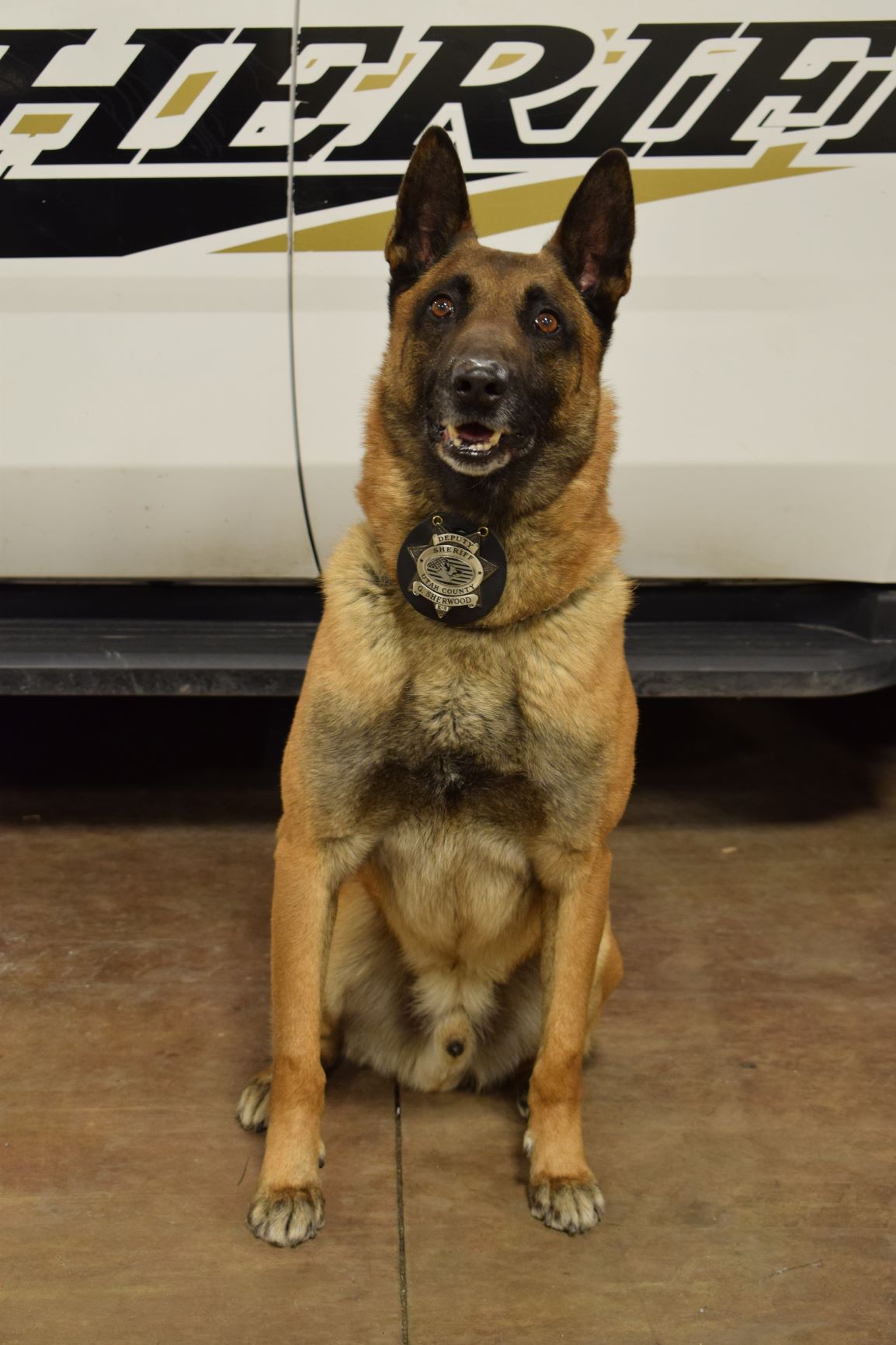 Aki is a 9- year-old Belgium Malinois bred in Germany. Aki started his service with the Utah County Sheriff's Office in the fall of 2012. Aki was purchased with the money generously donated by Firehouse Subs. Aki's keen senses have assisted Police Officers throughout the county with numerous narcotics seizures and arrests. Aki has also assisted in apprehending and locating suspects who have fled from police. Aki has served on the Utah County Metro SWAT team. Aki helps keep his handler and the public safe while patrolling the streets and canyons of Utah County.

Chaos is a 4-year-old Dutch Shepherd bred in the European country of Slovakia. Chaos started with the Utah County Sheriff’s Office K9 Team at the young age of 13 months. Chaos completed his Utah POST K9 Narcotics and Patrol Class that same year and went to work on the streets of Utah County. Chaos has been actively finding illegal controlled substances with his largest find being seven pounds of methamphetamine. He has also assisted in apprehending several suspects by his mere presence or, if necessary, his powerful bite. On his days off, Chaos dreams of going to work and enjoys playing fetch with his dad and the Chuck-it. 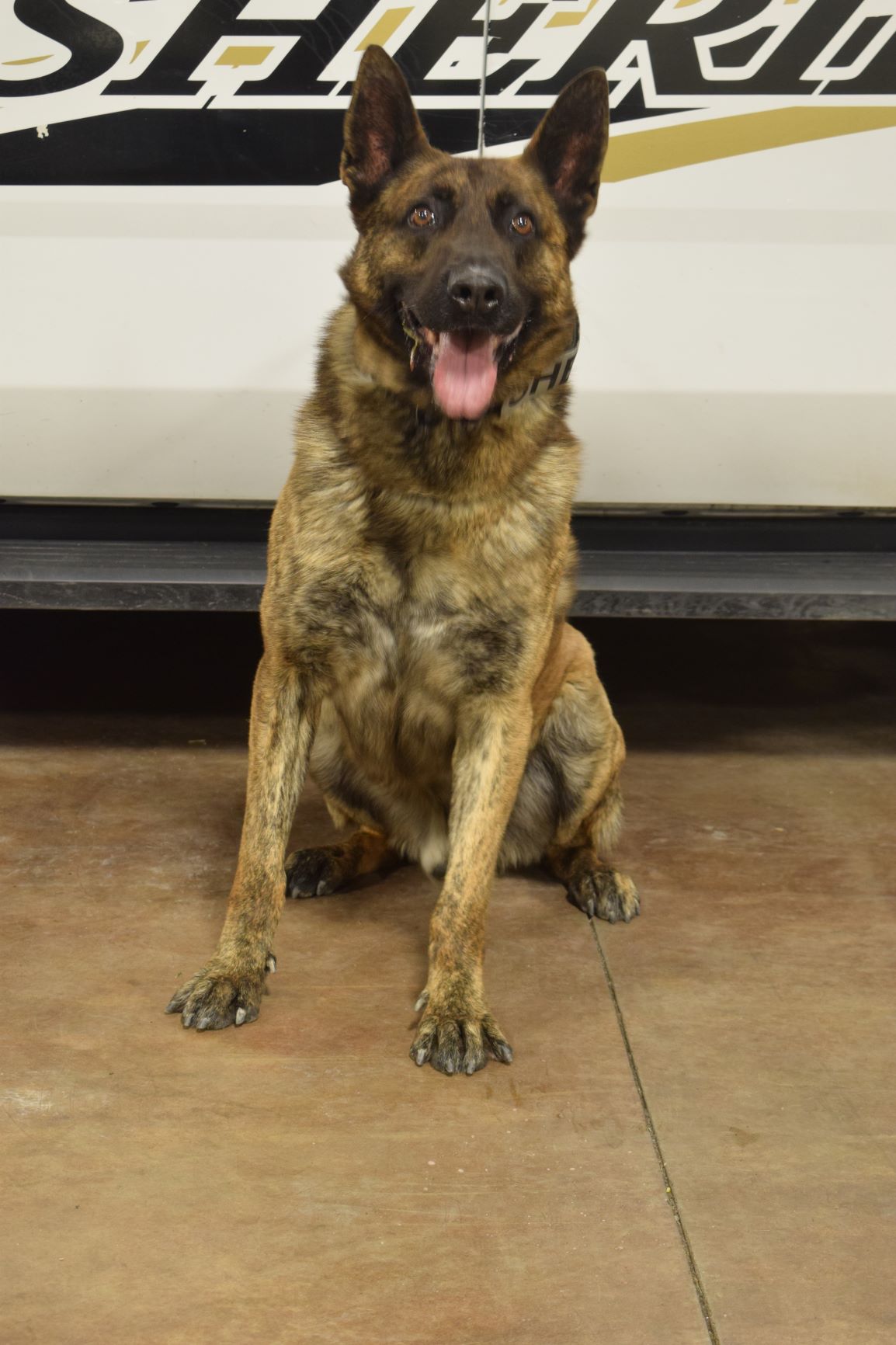 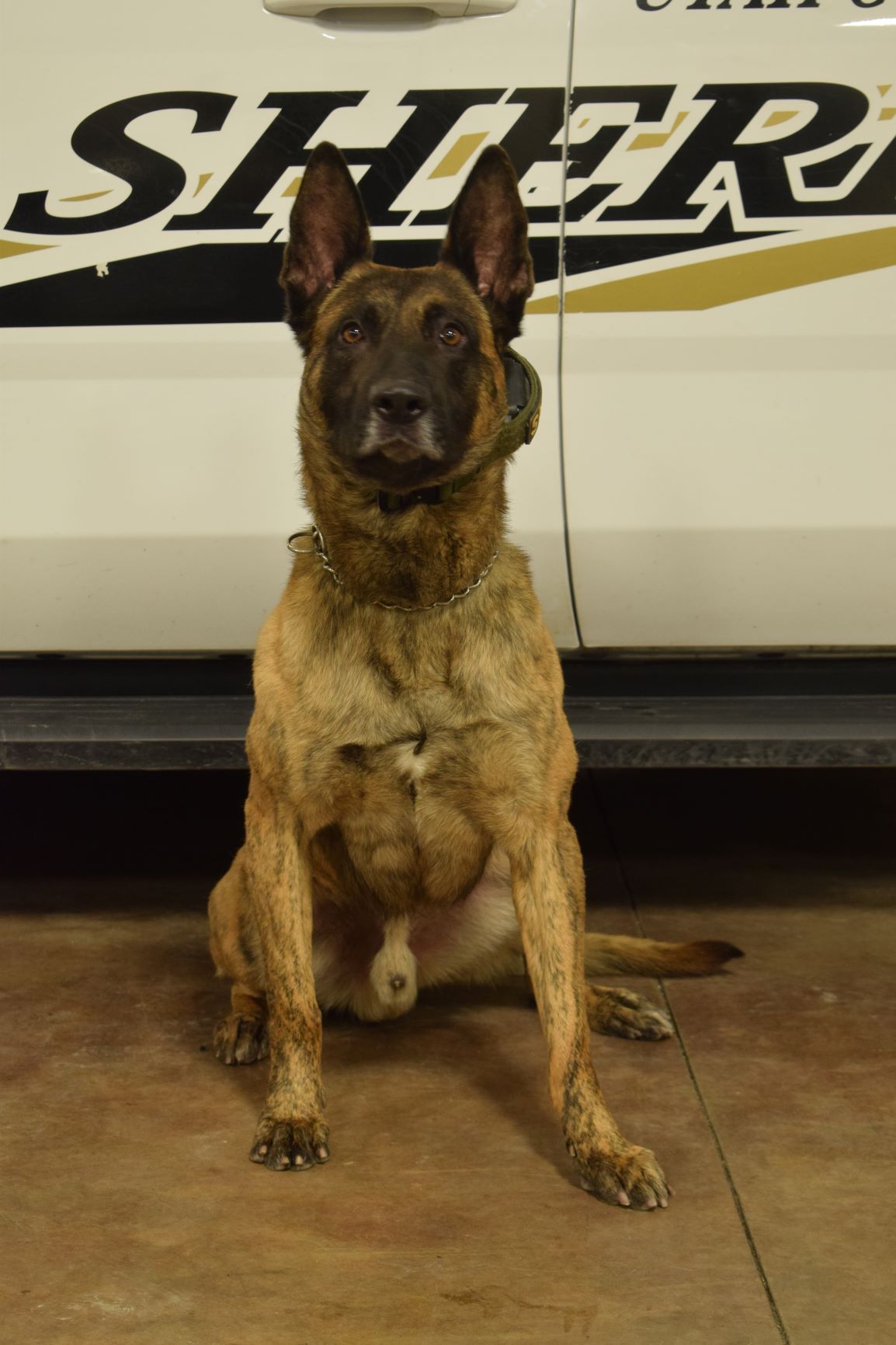 Axel is a 4-year-old Dutch Shepherd bred in the European county of Slovakia. Axel is a dual purpose, narcotics and apprehension K9. Axel began his career with the Utah County Sheriffs office in February of 2016 at the young age of 14-months old. Axel graduated from the Utah POST K9 program and began fighting crime on the streets that same year. In his spare time Axel loves to play ball and enjoy down time with his family.

Blitz is a 6 year old German Shepherd / Belgian Malinois mix. He was purchased from a kennel in Michigan, which had imported him from Europe. Blitz is a dual purpose police K9, certified in narcotic detection and apprehension work. He has had successful tracks, assisting law enforcement officers in apprehending suspects. Blitz is also a member of the Utah County Metro SWAT team, and has been utilized in dangerous situations, reducing risk to SWAT team members as well as suspects. Blitz has seen lots of success in his narcotic detection career, successfully locating small user amounts of drugs, cash, and several pounds of amounts methamphetamine, cocaine and heroin worth millions of dollars. On his days off Blitz enjoys laying in the sun, spending time with his family, trying to catch bugs, chasing birds, and the occasional hike. 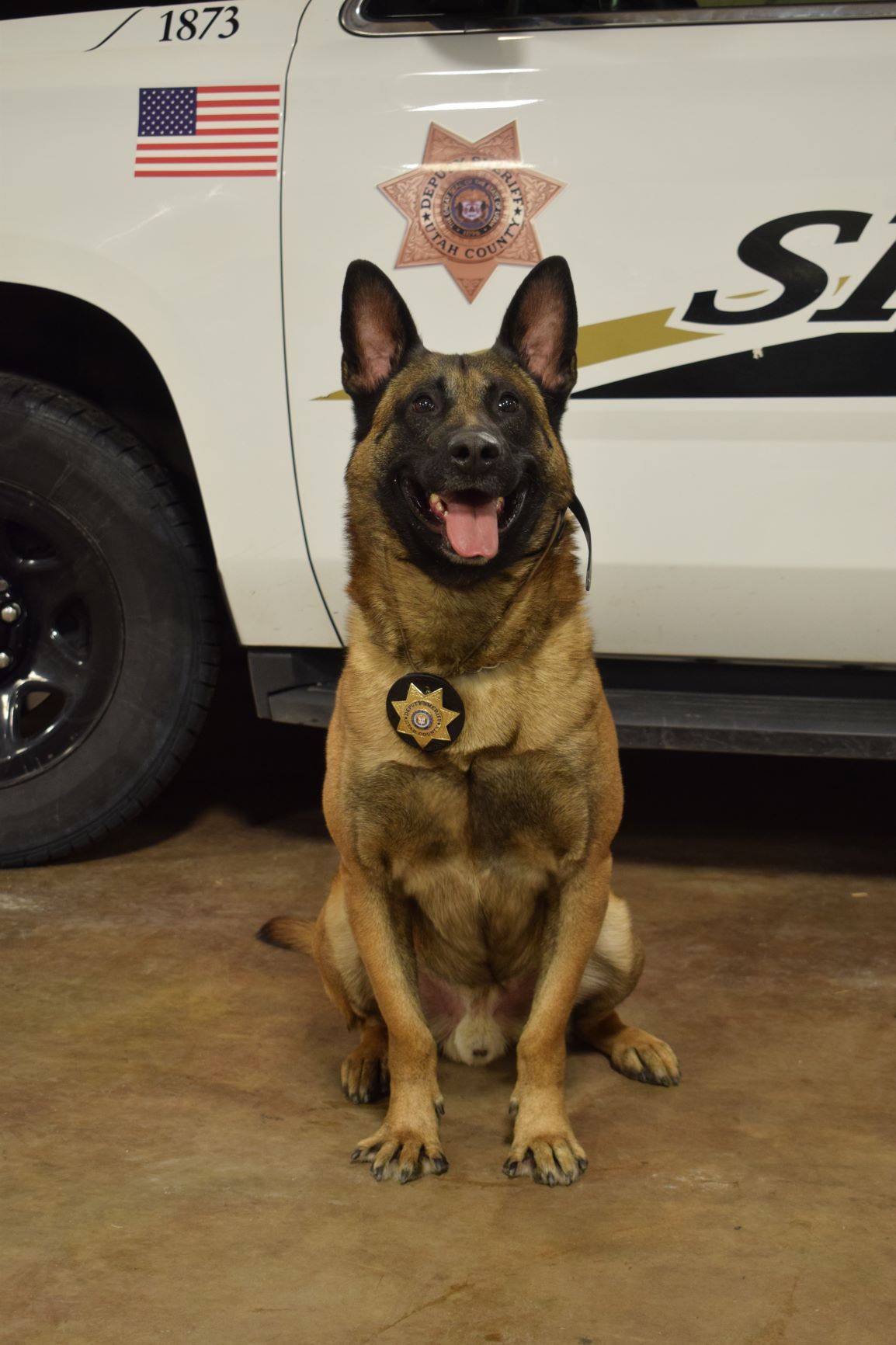 Kage is a 4 year old Belgian Malinois, him and his handler Deputy DuKatz have been partnered for the past year and a half. Kage is a dual purpose dog certified in suspect apprehension, narcotics detection and is one of the two K9's assigned to the Utah County Metro SWAT Team. So far in his year and a half of service Kage has tracked and located several suspects and has also taken a large amount of drugs off the streets.

The Utah County Sheriff’s Office K9 team loves to do K9 presentations for schools, scouts, and other community groups when possible.

Presentations typically last 45 minutes, however, presentations can be shortened or lengthened based on your individual needs. We can focus on K9 obedience, drug detection, apprehension, or a combination of the three.

We get a lot of requests for presentations with the hundreds of schools and youth groups in our county. Because of the large number of requests we receive, it is difficult to accommodate everyone. All of our K9 handlers have busy schedules due to the many hours of training required to keep our K9 partners in good shape and at the top of their games. Additionally, K9 is a secondary assignment, and our K9 handlers are also patrol deputies with everyday duties that are demanding. By saying this we don't mean to discourage you from requesting a presentation, just to let you know it's the reality we face.

Improving your chances of getting a presentation:

Another suggestion is to organize an activity that combines smaller groups into a large one-- for instance all the fourth-grade classes at your school into one assembly or all the cub scouts in your stake into one presentation. If the group we are presenting to is big enough, approximately 100 or more people, we will work to accommodate those requests.

All of our Belgian Malinois and German Shepherds are specially bred for police work. These dogs are very expensive to purchase, over $10,000, but the reward far out-weighs the cost. These dogs are bred in Europe and then sold to a contractor in the United States where we purchase the dog. They are usually around two years old at the time we purchase them. After the initial purchase, and training put in to keep the dog at a high level of performance, the value of each of these dogs are well over $20,000 making them a very valuable tool in police work and in keeping our community safe! Like every other group, our K9 team suffers from a very tight budget. We rely on local businesses and individuals for financial aid. If you would like to donate to the Utah County Sheriff’s Office K9 Team, please contact us.